I have some neat things friends (or friends of friends) are doing right now and would like to share them with you all today!

1.  Once upon a time, I was a senior in high school sitting in one of my French classes with a bunch of 9th graders. I had already completed 4 years of Spanish and loved foreign languages, so my senior year was spent studying other languages--I enrolled in French I, II, and III like a crazy person all in one year (and scored a 99 on the New York French Regents!), while taking my required courses and an elective called World Languages. That class included 10 weeks each of American Sign Language, Japanese, Russian, and Hebrew.

Anyway, while I was in French class, I met a short little blond boy named Ryan.  We quickly became pals that year and I truly adored this kid. I used to help him with his French and then I do not think I ever saw him again once he came to my graduation party. I went off to college while he was just entered tenth grade and we lost touch.

Ryan was always a talented musician. He went off to Ithaca College and decided to go after his dream later on of becoming a star. He is well on his way now, having performed with Brad Paisley. Ryan packed up and moved and is in the south now, pursuing his dream. Would you watch his video when you have a chance? He is a really great guy with an amazing voice! 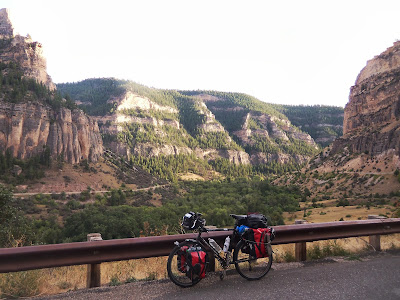 2.  You all know if you've been here any length of time reading, that my dad died of Pancreatic Cancer when he was just 56 years old. He died 3 months after being diagnosed. I was pregnant with Ben, and I can honestly say that that period of Dad's illness and death were the darkest of my life.  I am so, so thankful that I had Tom, baby Nick, and Ben's impending arrival to keep me going. It was 8 years ago in January when we said goodbye to my dad. Raising awareness for this very deadly cancer has been important to me. That is why I have been involved with such wonderful charities such as the Lustgarten Foundation and PanCan.

My dear friend, Beth, shared a wonderful blog with me detailing her family member's mission to raise awareness (and MONEY) for pancreatic cancer research. Says Beth, "James is traveling by bike down the Pan American Highway, thru 16 countries from Minnesota to South America, raising money for pancreatic cancer research. 3 years ago he traveled from Minnesota to Alaska by bike raising over $16,000. Following his journey is impressive to me. Living his dream."

Beth, this blogger thinks his journey is impressive, too. Kudos to James for his strength! Seriously, this man will be traveling over FIFTEEN THOUSAND MILES by bike--all as a tribute to his dad. You see, James also lost his father to this horrible disease. He is turning his grief--and his love for his dad-into something amazing.

James Rienstra has a blog called Pedaling for Pennies.  He is chronicling his experience as he pedals away on his bike to help a wonderful cause, the Randy Shaver Cancer Fund. I would love for you to check out his blog and follow along as he travels all in the name of love and raising awareness.

For more on Pedaling for Pennies via the Randy Shaver Cancer Fund, please click here. 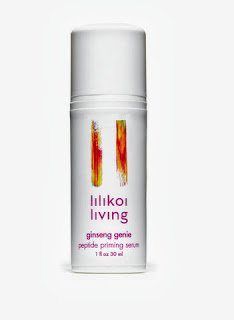 Also found on Facebook today, my friend  City / Life / Eats a mention of a NEWLY LAUNCHED organic skin care brand.  Turns out, this DC-based blogger has a friend who just started this business and the products look absolutely WONDERFUL. Nothing harmful in them, eco-friendly, beautiful packaging--who could ask for more?

The ingredients you will not find in this line:

The brand is called lilikoi living and I would love for you to browse the site!