A very Happy Monday to all of you!
I hope you had a relaxing weekend. It's a chilly day with temperatures in the low 30's, but we have abundant sunshine today. Ben is eating his favorite sandwich right now--his own creation of peanut butter, Nutella, ketchup and cheese on nine grain bread. Yuck. I just finished spray painting 3 lamps. I love this color: 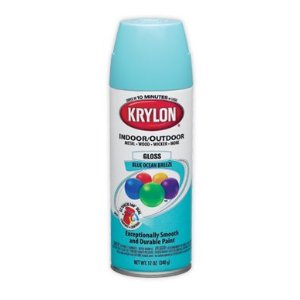 Krylon Blue Ocean Breeze paint is a really punchy robin's egg blue. I love it.
Here is one of the lamps that is getting a BIG makeover: 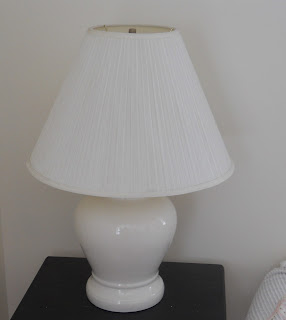 These need to dry. The lampshades now have covers I made from vintage pillowcases.


The weekend was very productive for me. I hung pictures, painted a door, and sewed several pillow covers. I also made over a couple of pillows simply by turning them over and doing a bit of sewing:
BEFORE: 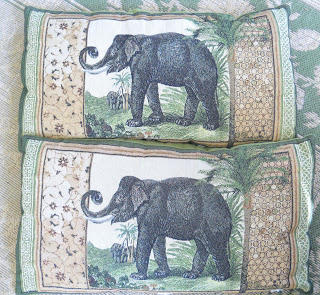 Apparently I once went through a jungle theme....I was going to sew covers for these, but Ben wanted to keep the elephants. We decided to compromise...
After: 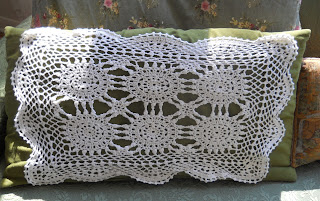 Here is a little peek at some of the prints I bought on Etsy that I hung on my wall: 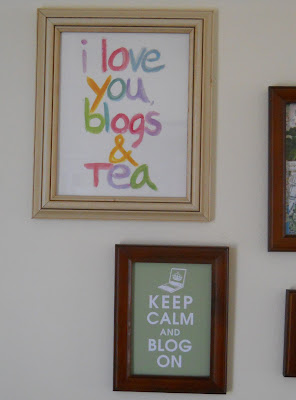 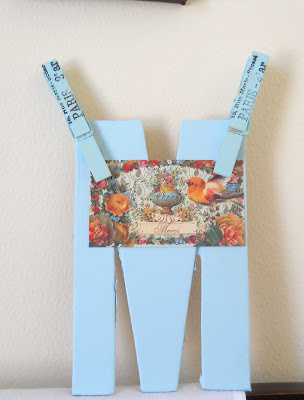 I also hung up the plates I stenciled numbers on. I did 5. Here's a little look: 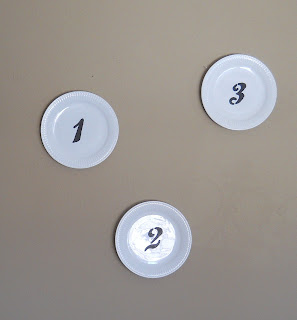 I went to the Salvation Army this morning after I chatted with a friend over coffee. My goal was to find 2 odd wooden chairs. I haven't had luck lately. I struck out again. I think I may just paint 2 of my existing ones to use in the dining room. I don't want them to match.
I did luck out today, though! I found some pretty things just right for Loubird's Nest: 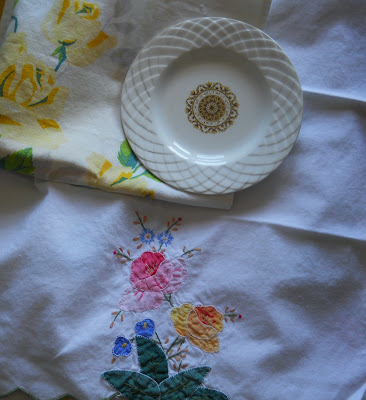